Abstract: Minimizing the use of precious metal catalysts is important in many applications. Single-atom catalysts (SACs) have received much attention because all of the metal atoms can be used for surface reactions. However, SACs cannot catalyze some important reactions that require ensemble sites. Here, Rh catalysts were prepared by treating 2 wt % Rh/CeO2 hydrothermally at 750 °C for 25 h. Nearly 100% dispersion was obtained, but the surface Rh atoms were not isolated (denoted as ENS). They catalyzed the oxidation of C3H6 or C3H8 at low temperatures, but these oxidations did not occur on the Rh SAC. When the simultaneous oxidation of CO, C3H6, and C3H8 was performed, the T20 (temperature at conversion 20%) for CO oxidation increased significantly from 40 °C for sole CO oxidation to 180 °C on SAC due to the competitive adsorption of hydrocarbons. However, T20 increased much less on ENS, from 60 to 100 °C. ENS exhibited superior activity for low-temperature oxidation. During hydrothermal treatment for 25 h, the Rh size initially increased from 2.3 to 6.7 nm then decreased to 0.9 nm. The surface hydroxyl groups formed on the catalyst surface help detach Rh atoms from Rh clusters, while preventing the reaggregation of dispersed Rh atoms into Rh clusters. This fully dispersed catalyst would have maximum atom-efficiency while catalyzing various surface reactions. 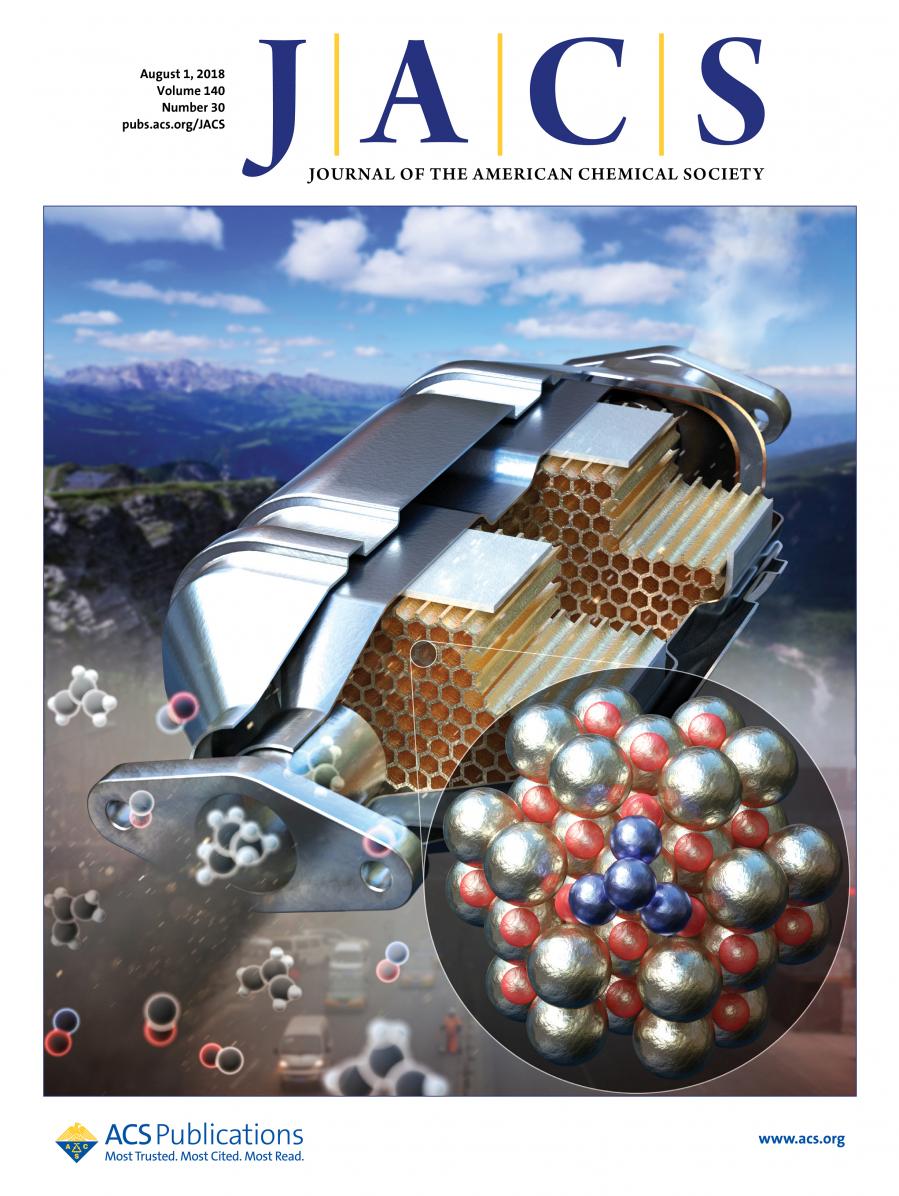